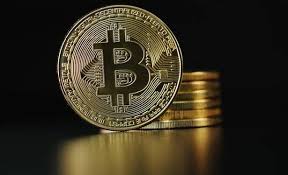 India plans to introduce a law to ban private cryptocurrencies such as bitcoin and put in place a framework for an official digital currency to be issued by the central bank, according to a legislative agenda listed by the government.

The law will “create a facilitative framework for creation of the official digital currency to be issued by the Reserve Bank of India (RBI),” said the agenda, published on the lower house website on Friday.

The legislation, listed for debate in the current parliamentary session, seeks “to prohibit all private cryptocurrencies in India, however, it allows for certain exceptions to promote the underlying technology of cryptocurrency and its uses,” the agenda said.

In mid-2019, an Indian government panel recommended banning all private cryptocurrencies, with a jail term of up to 10 years and heavy fines for anyone dealing in digital currencies.

The panel has, however, asked the government to consider the launch of an official government-backed digital currency in India, to function like bank notes, through the Reserve Bank of India.

What Is The Best Way To Buy Ripple?

Sachin Tendulkar to flag off fifth edition of Mumbai Half Marathon

Sachin Tendulkar to flag off fifth edition of Mumbai Half Marathon