Photo by Joshua Miranda from Pexels

Solitaire is common among children, teenagers, and even adults. This popular card game has won over the players’ hearts. Solitaire is a flexible game that players can enjoy offline and online, with various game variations for smartphones, tablets, and PCs. For those interested in trying it offline, an individual can buy a deck/multiple decks of cards from any shop. However, many famous Solitaire games grab everybody’s interest. If this title has sparked your interest and you are a fan of Solitaire, carefully analyze and choose one of the games suggested below.

Spider Solitaire is a free online card game, featuring three distinct difficulty levels indicated by the card suits. The first level is played exclusively with spades which is the simplest; the second level is played with spades and hearts and is more challenging. Spider’s final stage is the most difficult since it requires players to use all four suits: hearts, spades, clubs, and diamonds. The game’s objective is to complete a descending series beginning with the King and finishing with the Ace. If the player has cleared a column, the sequences may be shifted to the tableau. Overall, the empty columns can be used as a storage room for the cards you want to transfer, allowing you to generate the required sequences quickly. If you run out of players, you can press on the decks up to five times to replenish your supply.

With Spider Solitaire, Freecell features various fascinating and challenging difficulty levels, some of which are almost certainly impossible to beat. In this game, each player’s objective is to create ascending sequences, beginning with the lowest card rank and progressing to the highest, and positioning the series in the four foundation piles. Combinations in this game must alternate between red and black cards – for example, you cannot put a red six on a black 7. If the player cannot transfer any other card in the game, he or she will store them in the empty cells in the upper portion of the screen (left side). When all of the piles have been filled, the game ends, and the player wins.

It is one of the most common Solitaire versions of all time. The player’s objective, using basic rules, is to shape and complete sequences of cards in the four foundation piles. As in every classic game, each series is described by a specific playing card symbol: diamond, core, spade, or club. This version is often referred to as Klondike. The Ace is the lowest card in the game, while the King is the highest. A whole series begins with the Ace and ends with the K. Cards would be shuffled in ascending order to form a pile. For instance, you may transfer a lower-ranking card above a higher-ranking card, such as six above 7. The suit color is irrelevant in this version of Solitaire, as long as black and red combinations are rendered alternately. For instance, you cannot position a 9 of spade over a 10 of the club since their colors are identical; however, you can place a 9 of spade over ten hearts.

Pyramid Solitaire is a different version of the classic Solitaire game. While it is more straightforward than other sports, it does require strategy and concentration. The primary objective is to press on the cards that equal 13. For instance, you can click on four and nine, ten and three, and so forth. The player should keep in mind that the Jack is worth 11 points in this game, the Queen is worth 12, and the King is worth 13. When there are no more cards left, click on the deck to reveal additional cards before choosing the ones that are perfect for you. And after the deck has been exhausted, you can press on it again to locate the cards that assist you in obtaining the number 13.

TriPeaks is straightforward for beginner or seasoned Solitaire players to grasp. It is unlike other card games. TriPeaks may not need consideration of the suit of the cards or their colors, as Spider or Klondike do. You are dealt a card that sits alongside the stack. Your objective is to press on the cards that are one point lower or higher than the card that has been revealed. If no card remains that suits this clause, you must click on the card deck to show another before all piles are cleared. 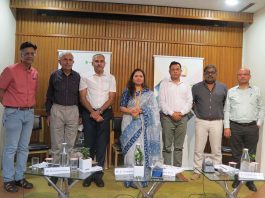