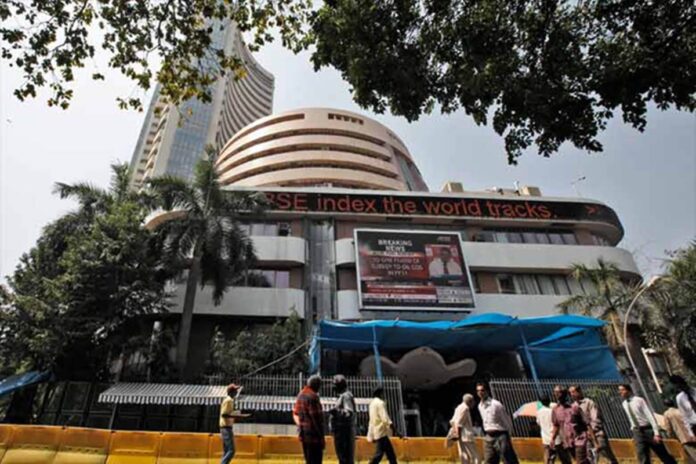 Domestic stock markets registered mild losses on Thursday, halting a rally that pushed the benchmark S&P BSE Sensex index above the 46,000 mark for the first time ever. The Sensex index fell 392.63 points, or 0.85 per cent, to 45,710.87 at the weakest level recorded in morning deals. The broader NSE Nifty 50 benchmark slid to as low as 13,399.30, down 129.8 points, or 0.96 per cent, from its previous close. Losses in banking, financial services and IT shares weighed on the markets.