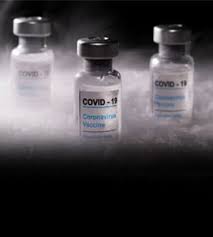 India, the world’s biggest vaccine maker, is getting set for the massive global blitz to contain the coronavirus pandemic with its pharmaceutical industry and partners freeing up capacity and accelerating investments even without firm purchase orders.

India manufactures more than 60% of all vaccines sold across the globe, and while its $40 billion pharmaceutical sector is not yet involved in the production of the expensive Pfizer Inc and Moderna shots, the nation will play a pivotal role in immunizing much of the world.

Indian companies are set to produce eight, more affordable vaccines designed to fight COVID-19, including AstraZeneca’s Covishield, called the “vaccine for the world” by its developers.

“There are many vaccines being produced in countries around the world but there’s only one nation that has the manufacturing capacity to produce sufficient quantities to satisfy the demands of citizens in every country, and that’s India,” said Australia’s ambassador to India, Barry O’Farrell, after touring vaccine manufacturing sites in India with many other diplomats.

Serum Institute of India (SII), the world’s biggest vaccine maker, has already stockpiled more than 50 million doses of the AstraZeneca shot, even as it awaits emergency-use approvals from both British and Indian authorities.

SII plans to make a total of 400 million doses of Covishield by July and is setting up new production lines to roll out roughly one billion shots a year.

Pharmaceutical packager Schott Kaisha, meanwhile, is stepping up production of vaccine vials and Deutsche Post’s DHL is working out how best to distribute the shots within the country and around the world.

“Because of the large volumes coming out of India and of course the affordable vaccines, there is no other country that will contribute more towards ending the pandemic than India,” SII CEO Adar Poonawalla told Reuters at the company’s sprawling campus in the western city of Pune. Here, automated machines fill and seal thousands of vials with the AstraZeneca shot every hour before they are moved to a vast, high-ceiling cold room.