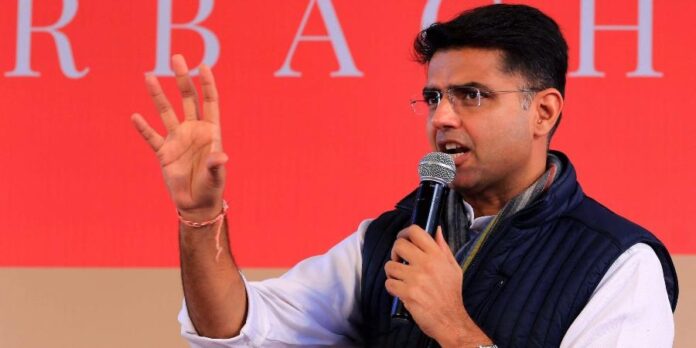 The Centre should repeal the new agri laws as they are making farmers feel insecure about their future, Congress leader Sachin Pilot said on Thursday.

The former deputy chief minister of Rajasthan said the Congress is working hard to ensure that the organisation and the state government fulfil the promises made to the people of the state.

“The centre should stop being stubborn and withdraw the farm laws with immediate effect. The farmers are feeling insecure about their future. They are very concerned,” Mr Pilot told reporters in Pali.

He said the executive of the state unit of the Congress will be announced in December and political appointments will take place in January.

“AICC (All India Congress Committee) general secretary in charge for Rajasthan Ajay Maken has said several times that the executive of the PCC (Pradesh Congress Committee) will be announced in December and political appointments will take place in January in the state,” he said.

“The objective of all of us is to make the organisation and the government stand up to the expectation of people and we are working in that direction,” he added.