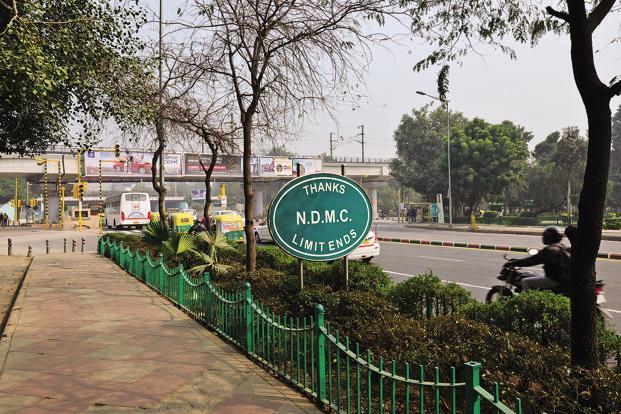 Enthused by the response, Indian cities have been ramping up their municipal bonds issuance plans. This, in turn, will bring in fiscal discipline for the municipalities and make them accountable and answerable.

“NDMC is in a good position to raise municipal bonds,” Tare said.

NDMC occupies a unique position within India’s municipal corporations. The civic body is responsible for providing urban services to all of only 42.74 sq.km and functions under the Union home ministry. It generates a surplus and has been debt free for a decade and a half.

“NDMC area has limited scope of revenue growth, due to the small size and nature of properties under its jurisdiction. Hence, its financial performance largely depends on the efficiency in revenue collection and expenditure control,” credit rating agency, India Ratings & Research wrote in a 22 June report.

India Ratings & Research has assigned a provisional ‘AA+’ rating with a stable outlook for NDMC’s proposed non-convertible debentures (NCDs). These ratings, ranging from AAA to D, help determine how cities raise money and on what terms. Also, NDMC has been compliant with the National Municipal Accounting Manual which Sebi has made compulsory for a municipal corporation for selling bonds.

“The final rating will be assigned upon the issuance of NCDs, receipt of ministry home affairs’ approval by NDMC and receipt of transaction documents by the agency. The proposed NCDs have a tenor of five years with annual coupon payment and bullet principal repayment,” the India Ratings report added.

Tare said that the money raised will be used for strengthening NDMC’s electricity distribution network.

NDMC supplies electricity to Rashtrapati Bhawan, Parliament House, the Supreme Court, North and South Blocks that house the most important ministries and other government buildings, along with residential areas for ministers, lawmakers and top central and Delhi government officials.

Indian cities have not been able to take the bond route to raise finances. A meagre amount of around Rs1,500 crore has been raised by 25 urban local bodies over the past 20 years through municipal bonds. Ahmedabad Municipal Corporation was the first to do so in 1998.

This assumes significance as India needs around Rs39 trillion (at 2009-10 prices) to build urban infrastructure such as roads and water supply and waste management systems over the next 20 years.

Mint reported on 15 May about 94 cities across 14 states having received credit ratings as part of their preparations for issuing municipal bonds which help raise resources for India’s urbanization needs.

Automobile Ravindra Soni - November 27, 2020 0
Volvo Cars has confirmed that it will bring the new XC40 Recharge electric SUV to India in 2021. It's the electric version...

No Government In World Can Stop Farmers Fighting “Battle Of Truth”:...