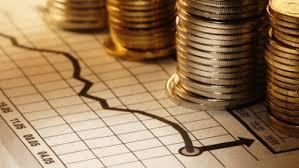 Mumbai: India’s benchmark 10-year bond yield rose to its highest in seven months on Friday after minutes of the central bank’s rate-setting committee meeting contained strong warnings on inflation, dimming hopes of a rate cut in the short term and sparking bets for a tightening move instead.

The Reserve Bank of India had opted to leave the repo rate unchanged at 6.25 percent on April 6, and the minutes released on Thursday showed the six-member monetary policy committee had cited upside risks to inflation as the main reason for the decision.

However, the comments were more hawkish than some traders expected. RBI Executive Director M. D. Patra had even favoured a pre-emptive 25-basis-points repo rate hike to contain inflationary pressures, although he finally joined the rest of the panel in voting 6-0 to keep rates unchanged.

Also, comments by Chetan Ghate, an external member of the panel, were seen by traders as pointing to the prospects a rate hike sooner rather than later.

A rate-tightening move would be the RBI’s first such since January 2014, when previous Governor Raghuram Rajan was responding to a rupee crisis that had sent the currency to record lows.

“The minutes of the RBI’s 6 April policy meeting suggest that the next move will likely be a hike, as highlighted by two MPC members,” said Nomura in an email to clients.

The 10-year benchmark bond yield rose as much as 8 bps to 6.96 percent, its highest since September, from its 6.88 percent close on Thursday.

A Reuters poll conducted during April 10-19, before the minutes were released, showed a majority of analysts expected the RBI to keep rates on hold this year, although seven had expected a 25 bps cut and two had seen a 25 bps hike.

Some traders had still expected the RBI to cut rates given lingering concerns about economic growth after India in November removed high-value currency bills from circulation, but those hopes were now dented.

Meanwhile, the 5-year benchmark overnight indexed swap was at 6.72 percent and 1-year was at 6.48 percent, each up 5 basis points from Thursday.