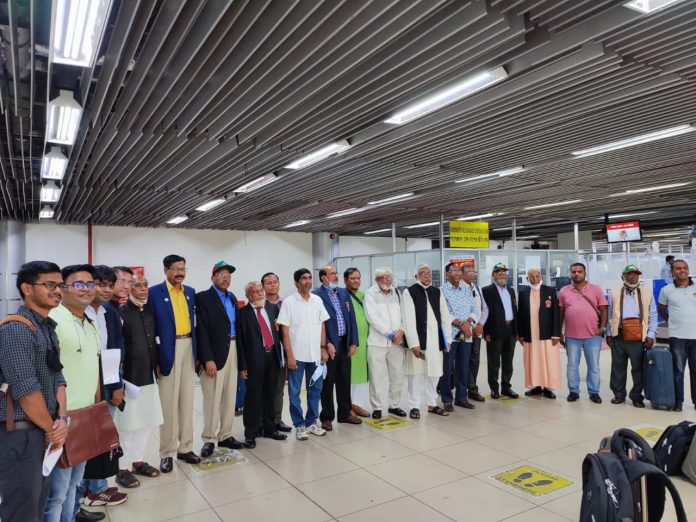 18th July, Kolkata: Bangladesh completed 50 years of independence last year and India will be celebrating its 75th independence day, next month. To commemorate these two significant occasions, on the invitation from the Government of India, a 25 member delegation from Bangladesh started a 4 day visit to Assam and Meghalaya, on Saturday.

With the support provided by the people of Assam and Meghalaya during the Liberation War of 1971, this visit reconnects the Muktijoddhas with the above states and its people. In another tweet, the Indian High Commission tweeted, “The Bangladesh delegation is set to interact with senior Govt, military and paramilitary representatives from India.”

Apart from government engagement, the Bangladeshi delegation will also be visiting sites of historical and cultural significance in both the states. With India and Bangladesh already working on building people-to-people connect through various initiatives, including Border Haats, this visit will also play a pivotal role in further people-to-people connect amongst the two countries.

New Delhi continues its focus on the Neighbourhood First Policy and this visit is a testament to the same, wherein the Government of India is finding different avenues to connect with its neighbours and building its ties across different fields.