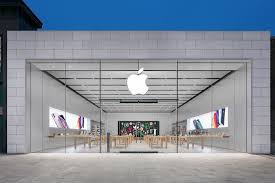 Apple is reportedly fast-tracking the development of a search engine to take on Google Search. Although there has been speculation for some time now that the Cupertino company is building a Google Search alternative, the latest report is based on the enhanced search functionality offered on iOS 14 and iPadOS 14, which doesn’t require Google support to answer user queries. Apple had earlier this year also posted job openings for search engineers in an indication that it was moving forward with a native search engine. Additionally, the US antitrust lawsuit against Google threatens the payment Apple receives every year from Google for letting it be the default search engine on iPhones and iPads.

According to a report by Financial Times, Apple’s move to bring standalone Web searching capabilities to iOS 14 and iPadOS 14 is a “growing evidence” that the Tim Cook-led team is all set to take on Google with its own search engine. The latest software updates allow users to start searching for Web results by swiping down the search box on the home screen. This brings direct links to the websites instead of showing results from Google.

Apple didn’t give much emphasis to the new addition at the time of announcing the new iOS and iPadOS versions at its virtual WWDC 2020 conference in June. However, its website detailing the features of the new software updates does carry a dedicated search section with some details.