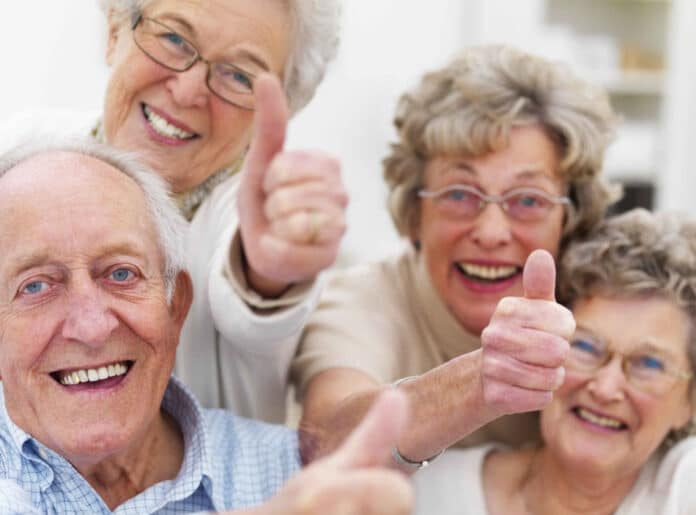 On 14 December 1990, the United Nations General Assembly designated October 1 as the International Day of Older Persons (resolution 45/106). This was preceded by initiatives such as the Vienna International Plan of Action on Ageing, which was adopted by the 1982 World Assembly on Ageing and endorsed later that year by the UN General Assembly.

In 1991, the General Assembly adopted the United Nations Principles for Older Persons (resolution 46/91). In 2002, the Second World Assembly on Ageing adopted the Madrid International Plan of Action on Ageing, to respond to the opportunities and challenges of population ageing in the 21st century and to promote the development of a society for all ages.

The composition of the world population has changed dramatically in recent decades. Between 1950 and 2010, life expectancy worldwide rose from 46 to 68 years. Globally, there were 703 million persons aged 65 or over in 2019. The region of Eastern and South-Eastern Asia was home to the largest number of older persons (261 million), followed by Europe and Northern America (over 200 million).

How Do People Celebrate International Day of Older Persons

The celebration of International Day of Older Persons is done to create awareness and empathy regarding the well being of the elderly. People usually celebrate the day by spending time with their grandparents, visiting old age homes and N.G.O’s and cooking or baking them. Some kids also give greeting cards to their elderly on this day

2004: Older persons in an intergenerational society

2005: Ageing in the new millennium

2007: Addressing the Challenges and Opportunities of Ageing

2009: Celebrating the 10th Anniversary of the International Year of Older Persons: Towards a Society for All Ages

2010: Older persons and the achievement of the MDGs

2013: The future we want: what older persons are saying

2014: Leaving No One Behind: Promoting a Society for All

2015: Sustainability and Age Inclusiveness in the Urban Environment

2017: Stepping into the Future: Tapping the Talents, Contributions and Participation of Older Persons in Society

Inform participants about the strategic objectives for the Decade of Healthy Ageing.

Raise awareness of the special health needs of older persons and of their contributions to their own health and to the functioning of the societies in which they live.

Increase awareness and appreciation of the role of the health care workforce in maintaining and improving the health of older persons, with special attention to the nursing profession

Present proposals for reducing the health disparities between older persons in the developed and developing countries, so as to “Leave no one behind”.

Increase understanding of the impact of COVID-19 on older persons and its impact on health care policy, planning, and attitudes.

READ  NEET result to be declared on October 16

Since the onset of the pandemic, the United Nations has given priority to the needs of older persons in its collective preparedness and response action at global, regional and country level.