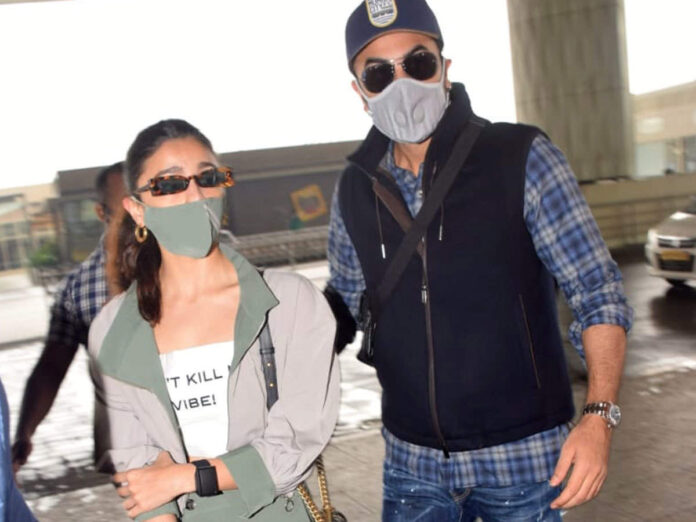 Alia Bhatt and Ranbir Kapoor, who flew to Goa on Monday, started trending big time after pictures of them surfaced on social media. The rumoured couple flew to Goa for a match of the Indian Super League football team Mumbai City FC, co-owned by Ranbir Kapoor. Both Alia Bhatt and Ranbir Kapoor were spotted cheering for his team, pictures from which are trending. The match, against the team Jamshedpur FC, was held in Goa on Monday. The official Mumbai City FC Instagram account also shared pictures of Ranbir and Alia, cheering from the stands. The caption on the posts read: “Special attendance for The Islanders all the way from Mumbai.” The Brahmastra co-stars returned to Mumbai on Tuesday.

Rumours about Alia Bhatt and Ranbir Kapoor’s romance began after the couple made an appearance together at Sonam Kapoor and Anand Ahuja’s wedding reception in 2018. The actors will be seen sharing screen space in Ayan Mukerji’s Brahmastra, which also stars Amitabh Bachchan, Dimple Kapadia, Mouni Roy and Akkineni Nagarjuna.

READ  Nothing To See Here. Just A Pic Of Sara Ali Khan Sipping Her "Winter Chai"

Varun Dhawan Welcomed 2021 In Bed, Digging Into This Yummy Treat