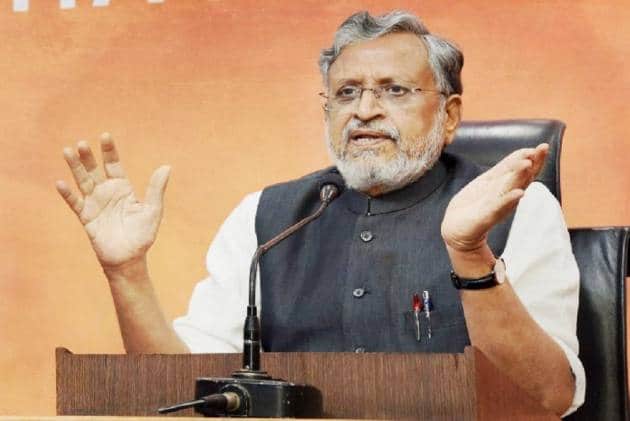 Veteran BJP leader Sushil Kumar Modi on Wednesday filed his nomination papers for by-election to a Rajya Sabha seat in Bihar which has been necessitated by the death of Union minister Ram Vilas Paswan.

Sushil Kumar Modi filed his nomination papers at the Patna Commissioner office in presence of a host of leaders of the ruling NDA, most notable being Chief Minister Nitish Kumar, whose deputy he had been for more than a decade, sharing an excellent rapport that has been a stuff of legend in the states political circles.

“I have come here to congratulate my former colleague. He is currently an MLC and formerly been a member of the Lok Sabha and an MLA before that.”

“With his election to the Rajya Sabha he will hold the a distinction of having been a member of both houses of the Parliament and the state legislature”, Nitish Kumar told reporters smilingly.

Nitish Kumar, who has two BJP legislators Tarkishor Prasad and Renu Devi as his deputies in his fourth tenure that began last month, remarked wistfully that he would have preferred Sushil Kumar Modi by his side “but it is a decision of his party (BJP)”.

“Our wish is known to everybody. But, now that they want to take him to the Centre, we are hopeful that in his new capacity he will continue to serve Bihar”, said the JD(U) president in a cryptic remark that lends credence to speculations that Sushil Kumar Modi might be accommodated in the Union council of ministers.

READ  I stand before you as the first candidate for US vice-president of South Asian descent: Kamala Harris

Hospitality Ravindra Soni - January 24, 2021 0
The country attracted private equity investments to the tune of $ 38,149 million in the year 2020. Of the total PE investment, the real estate...

8.5% Provident Fund Interest Being Credited: Here’s How To Check PF...