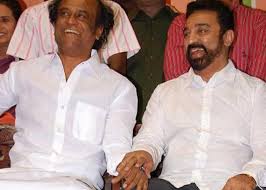 Actor-politician Kamal Haasan on Friday tweeted to wish a swift recovery to megastar Rajinikanth, who was today admitted to hospital in Hyderabad over “severe fluctuations” in his blood pressure. “Wishes for Rajinikanth’s speedy recovery,” Mr Haasan tweeted in Tamil.

Rajinikanth, 70, was in Hyderabad for his film “Annathe” but the shoot was cancelled earlier this week after four members of the crew tested positive for Covid.

The actor is stable and will spend the night in the hospital, Apollo Hyderabad said in an update this evening. “Rajinikanth is being monitored closely and medications to control his blood pressure are being carefully titrated,” it said.

Rajinikanth, whose political plunge had been a matter of much speculation over the last few years, is scheduled to announce the launch date of his political party on December 31, months ahead of the Tamil Nadu Assembly election.

Earlier this month, he had announced that his party will contest the Tamil Nadu election. “We will surely win the assembly polls and give honest, transparent, corruption-free, spiritual secular politics without caste, creed or religion. A wonder and miracle will definitely happen,” he had tweeted.