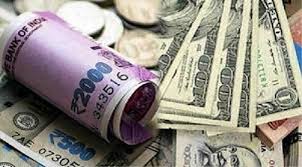 Ending its two-day losing streak, the rupee soared 13 paise higher against the US dollar on Friday, December 4, and settled at 73.80 (provisional) as the Reserve Bank of India (RBI) kept the interest rates unchanged for the third time in a row. At the interbank foreign exchange market, the local unit opened at 73.81 and registered an intra-day high of 73.70. It witnessed a low of 73.81. in early trade, the rupee surged 15 paise higher to 73.38 against the dollar. Closed at 73.80 per dollar, it recorded a rise of 13 paise. On Thursday, December 3, the domestic unit had settled at 73.93 against the American currency.

Meanwhile, the dollar index, which gauges the greenback’s strength against a basket of six currencies, was down by 0.16 per cent to 90.56. According to traders, sustained foreign fund inflows, positive opening in domestic equities, and weakness of the American currency in the overseas market also supported the domestic unit.

Rupee Settles Higher To 73.24 Against Dollar Amid Market Gains