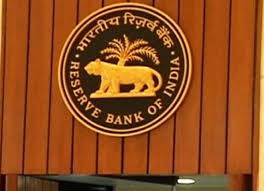 The Delhi High Court has asked for a response from DBS Bank India Ltd (DBSIL) on a plea by Religare Finvest Ltd seeking to make the bank a party in its ongoing suit against Lakshmi Vilas Bank as it has been merged with DBSIL.
Religare Finvest Ltd (RFL) has a 2018 pending suit against LVB alleging misappropriation of its fixed deposits of ₹ 750 crore.
The merger of LVB with DBSIL came into effect from November 27.
Justice Rajiv Shakdher issued notice to DBSIL on the RFL application seeking to substitute the bank with LVB following the merger.
In its December 1 order, the high court said the response must be filed to the application within five weeks and listed the matter for further hearing on February 25, 2021.
“In view of these recent developments it has now become imperative that LVB, that is, the transferor bank as per the scheme and the present defendant be substituted by the transferee bank, that is, DBS and the amended memo of parties be taken on record,” the plea said.
In the main suit, RFL has sought a declaration that LVB’s liquidation of lien-free and unencumbered fixed deposits held by Religare aggregating to ₹ 791.44 crore, including interest, is illegal and prayed for recovery of the amount.
It is the case of Religare Finvest that since no security or encumbrance was created in respect of the FDs, closure of such FDs to liquidate loans availed by third parties — RHC Holdings Pvt Ltd and Ranchem Pvt Ltd — is illegal and void.