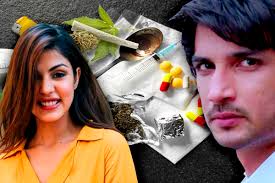 The Narcotics Control Bureau (NCB) that is probing Rhea Chakraborty and three of her acquaintances under several sections of the Narcotic Drugs and Psychotropic Substances (NDPS) Act, is set to arrest two suppliers of ‘bud’, the dried flower of the marijuana plant that sells for nearly Rs 5,000 per gram, a senior official has told The Indian Express.

Sources said the two suppliers have been detained, with contraband, and are likely to be arrested Saturday, as the NCB investigates the “demand” and “supply” of drugs linked to the case in which Chakraborty has been booked.

Chakraborty is also facing cases filed by the CBI and Enforcement Directorate (ED) in connection with the death of fellow actor Sushant Singh Rajput.

An official said, “The suppliers will be placed under arrest on the charge of possessing narcotics. We will be questioning them to find out who all they supplied the contraband to and what was Rhea’s role in this.”

Chakraborty’s lawyer Satish Maneshinde had earlier said in a statement, “Rhea has never consumed drugs in her lifetime. She’s ready for a blood test any time.” There has been no discovery of any contraband from Chakraborty’s possession.

The official said bud, usually sourced from California, was a popular party drug and gives an instant high.