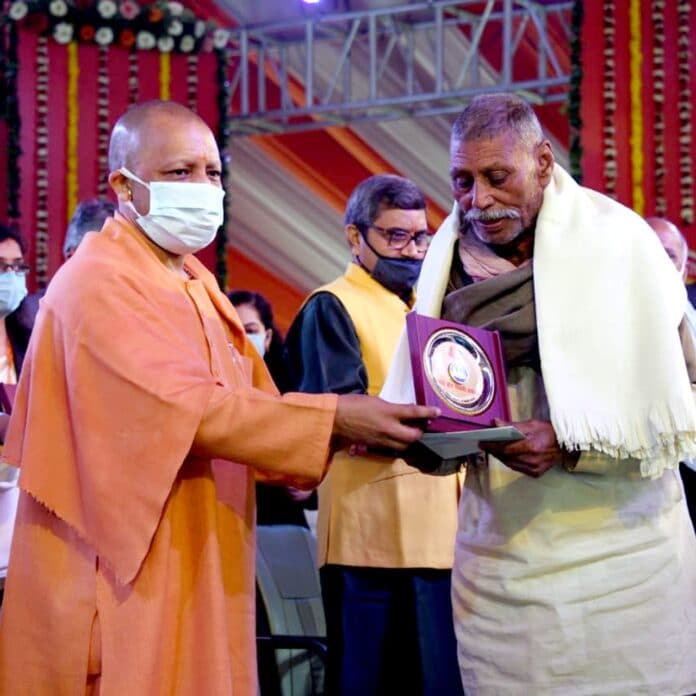 The PM urged young writers to come forward and write books on our freedom fighters who gave their lives for their motherland. “This will be a way of honoring their actions”, said PM Modi adding, “I am sure that had our freedom fighters seen India’s commitment to fighting COVID-19 and how we are exporting vaccines to other countries in the world, they would have swollen with pride.”

Talking about the Union Budget 2021, the Prime Minister said, “Many were critically looking at the Budget, they were skeptical that during this period of COVID-19 pandemic, the Budget will take the hit. But with Budget 2021, we have shown that nothing can stop us from making the dream of self-reliant India come true.”

Describing that the Budget 2021 has a special focus on strengthening the agriculture sector and boosting farmers’ income, PM said, “We have announced the inclusion of 1000 more ‘mandis’ or agriculture product marketing committees (APMCs) to be linked to the e-national agriculture market (e-NAM).

The Prime Minister also said that the aim of the Budget is not to increase the burden on the countrymen rather the government has decided to spend more and more money to make the country self-reliant. “For me and my government, the thing that matters the most is the unity of the country. We believe in taking every countryman along with us.”

“Amidst the challenges of the coronavirus pandemic, our agriculture sector grew strongly and farmers showed a record production. If our farmer becomes stronger, the progress of agriculture will be further accelerated”, the PM said.

Prime Minister said, “We are making efforts to have a proper system of treatment in every village and town so that people of the particular location have not to suffer and migrate to big cities for the treatment of every small disease. The infrastructure fund for the rural sector has been increased to Rs 40,000 crore which will directly benefit the farmers of the country. All these decisions will make our farmer self-reliant, make agriculture a profitable business.”

It is to be mentioned that the UP government has planned a year of celebrations through February 4, 2022, in all 75 districts of the state. During the year-long event, essay writing, debate, poetry recitation, painting, and other competitions will be organised in schools. In addition, exhibitions, book fairs, and other events will also be held too.