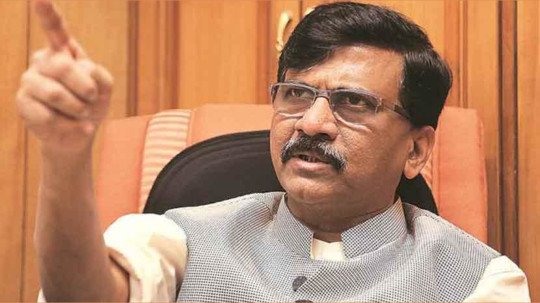 A meeting between former Maharashtra chief minister Devendra Fadnavis of the BJP and Shiv Sena leader Sanjay Raut on Saturday has set off a huge buzz, though both sides have denied it was anything political.

The meeting at a luxury hotel in the western suburbs of Mumbai has raised eyebrows at a time both leaders have sparred bitterly in public over a range of issues, the latest being the Sushant Singh Rajput case and the demolition at actor Kangana Ranaut’s office.

Sanjay Raut, confirming the meeting, said it was for an interview for the Shiv Sena mouthpiece “Saamana” — which he is in charge of – and that Chief Minister Uddhav Thackeray was aware of it.

“Devendra Fadnavis is not our enemy. We have worked with him. I met Fadnavis for his interview for Saamna. This was a pre-decided meeting. Even Uddhav Thackeray was aware of this,” Mr Raut told reporters.

“Is it a crime to meet Fadnavis, who is a former chief minister and now the Opposition leader in the state Assembly? We have ideological differences but we are not enemies,” he added.

Maharashtra BJP chief spokesperson Keshav Upadhye also posted on social media that there was no political angle to the meeting. “Raut wanted to interview Fadnavis for (the Sena mouthpiece) Saamana and this meeting was to discuss how to go about it,” he tweeted.https://tpc.googlesyndication.com/safeframe/1-0-37/html/container.html

“Fadnavis informed Raut that he would grant him the interview after returning from the Bihar poll campaign,” Mr Upadhye said.