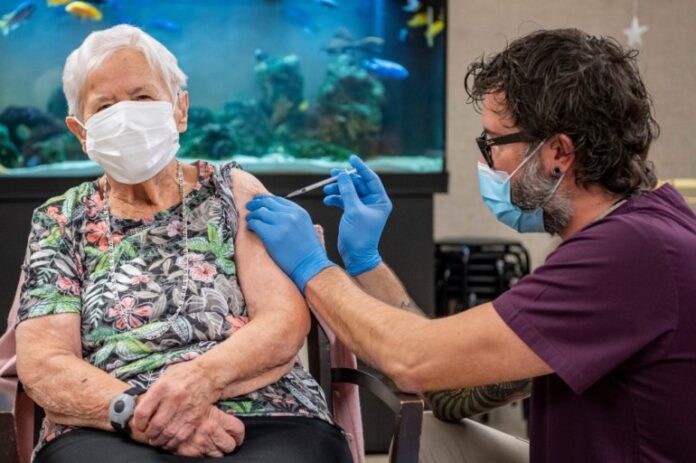 A 90-year-old woman in the canton of Lucerne on Wednesday became the first person in Switzerland to be vaccinated against the new coronavirus, as the Swiss military distributed just over 100,000 doses of the COVID-19 shots around the country.

Lucerne and the small rural canton of Appenzell Innerrhoden were the first of Switzerland’s 26 cantons to begin inoculations after regulators approved the vaccine from Pfizer and German partner BioNTech over the weekend.

“Residents of nursing and care homes will be the first to get vaccines,” Lucerne said on its website on Wednesday.

The woman who received the shot lives in a care home outside of the city of Lucerne. Her name was not released.

Switzerland’s decentralised system of government has left it up to its cantons to individually develop plans to vaccinate the nation of 8.6 million people.

Retail Inflation Eases To 4.06% In January Amid Decline In Vegetable Prices

Best video door phones to safeguard your homes in 2021