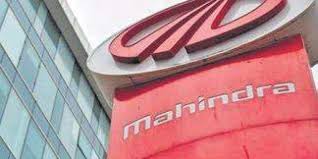 Mahindra & Mahindra (M&M) on Monday reported a 1 per cent rise in domestic sales to 18,622 units last month, compared to 18,460 units in the corresponding period last year. The improvement in sales numbers comes at a time when the government is gradually easing the restrictions imposed to control the spread of coronavirus and ahead of the festival season. Mahindra & Mahindra shares gained nearly 1 per cent to ₹ 599.50 apiece on the BSE during the session.

“For Mahindra, the festive season has started on a positive note with deliveries and bookings being higher than last year,” said Veejay Nakra, chief executive officer-automotive division, M&M.