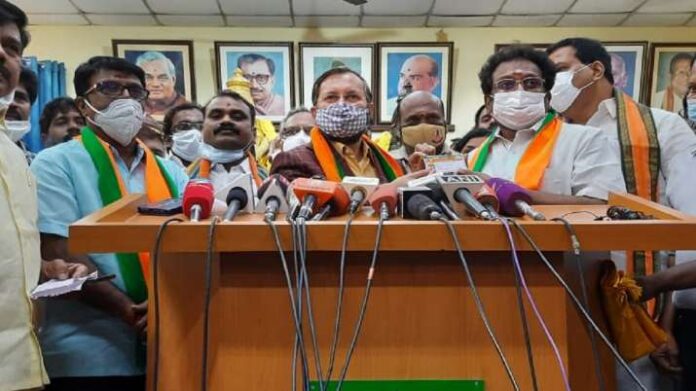 In a setback to Makkal Needhi Maiam (MNM) chief Kamal Haasan, ahead of the 2021 Tamil Nadu Assembly elections, general-secretary A Arunachalam joined Bharatiya Janata Party (BJP) in the presence of Union Minister Prakash Javadekar on Friday.

Mr Arunachalam is from a village in the Tuticorin district. The development came at a time when Mr Haasan is campaigning for the forthcoming state elections.

During a press conference at the BJP’s headquarter in Chennai, BJP leader Javadekar said, “I am very confident BJP will show steller performance in Tamil Nadu. Many parties all over the country have a family party and our party is one family which is the difference between them and us. I am sure that we will give a stellar performance in the state elections.”

The BJP leader said that the party has been performing in the state after state in every election.