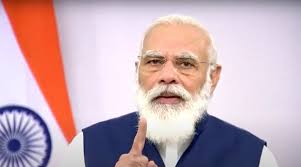 Prime Minister Narendra Modi strongly condemned on Thursday the recent terrorist attacks in France, including the heinous attack inside a church in Nice, and asserted that India stands with the country in the fight against terrorism.

An attacker armed with a knife killed three people at a church in the city of Nice on Thursday.

“I strongly condemn the recent terrorist attacks in France, including today’s heinous attack in Nice inside a church,” PM Modi said in a tweet.

“Our deepest and heartfelt condolences to the families of the victims and the people of France. India stands with France in the fight against terrorism,” he said.

India on Wednesday had strongly deplored the personal attacks against French President Emmanuel Macron following his tough stance on radical Islam, calling it a violation of the most basic standards of international discourse.

In a strongly-worded statement, the Ministry of External Affairs (MEA) had also condemned the brutal terrorist attack that took the life of a French teacher in a gruesome manner and asserted that there is no justification for terrorism for any reason or under any circumstance.