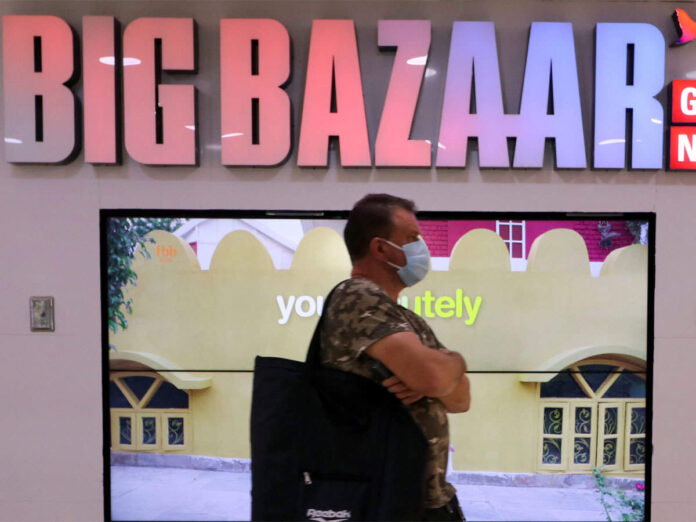 Kishore Biyani’s Future Group companies are in the last leg of their survival battle as the suspension of Insolvency and Bankruptcy Code (IBC) is going to end on March 31. The group companies, which have outstanding debt of around Rs 17,000 crore, are in negotiations with the banks for one-time restructuring of loans. While the banks are yet to finalise the repayment reliefs, the group companies are worried about the non-bank lenders and operational creditors, who can also take the companies to the bankruptcy court post March.

The Delhi High Court’s stay on the single-judge bench order, which restrained the flagship company Future Retail from selling its assets to Reliance Retail, is a relief for the group. The US e-commerce giant Amazon had raised objection against Rs 24,713 crore deal between Reliance and Future, and got a favourable award from Singapore’s Emergency Arbitrator in October 2020. Based on the award, the single bench of Delhi High Court had disallowed the parties from going ahead with the deal. The hearing will continue from the last week of April.

The cash-strapped Future Group is trying to expedite the deal with Mukesh Ambani-led company and save the retail chain — which includes brands like Big Bazaar, FBB, Central, Easyday and Brand Factory — from collapse. “The lenders are waiting for the money. Reliance is willing to take over and infuse capital. Amazon cannot buy the companies and save them. If the time get exhausted, the Future Group companies, which already defaulted loans and other repayments, will have to face the bankruptcy proceedings,” said a lawyer in the know.

IBC suspension was a temporary reprieve. Had it not been for the COVID-19 lockdown, Biyani’s companies would have been already facing insolvency. He had a March 2020 deadline for repayment of dues. But the Reserve Bank of India’s loan moratorium has provided a breather. In mid-May, the Centre also exempted all COVID-related debt from the definition of default under the IBC and suspended fresh initiation of insolvency for up to a year.

Biyani’s debt issues surfaced from mid-February last year when shares of his listed firms started crumbling. It had triggered rating downgrades and lenders sought more promoter shares as collateral for his loans against shares. UBS and IDBI Trusteeship had tried to invoke the pledged shares, but Biyani secured the interim relief from the Bombay High Court. The Supreme Court later dismissed the Special Leave Petition (SLP) filed by the UBS AG London Branch challenging the Bombay High Court ruling. Soon after, Future Retail defaulted on interest payments in July. Recently, Future Consumer defaulted, followed by Future Enterprises, on interest payment on non-convertible debentures. However, IBC suspension had guarded the group companies so far from going bankrupt.

ACC fully on track to execute its strategic priorities