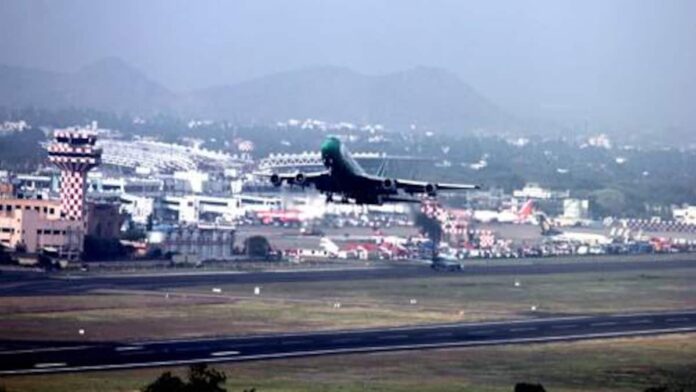 A vertical drop in passenger volume due to the on-going pandemic can lead to a steep 90 per cent fall in the operating profits of the four private airports-Delhi, Mumbai, Bengaluru and Hyderabad. These airports accounted for over 90 per cent of the air passenger traffic handled by private airports in the country and around 55 per cent of all such traffic in the calendar year 2020, as per rating agency CRISIL.

The report also said tariff hikes will help aeronautical revenue bounce back next fiscal to 1.3 times of fiscal 2020 while estimating a full recovery in traffic by fiscal 2023 only. A material increase in tariff will help lift the aggregate operating profit or Ebidta of four private airports to around 65 per cent of their pre-pandemic levels (of fiscal 2020), next fiscal, the rating agency said in the report.

Operating profits are earnings before interest, tax, depreciation and amortisation (Ebitda). Airport tariff regulator AERA has the mandate to determine the user charges at concessionaire airports for a five-year control period. Lower or higher collections get adjusted or trued up/ down in the next block period.

Three of these four airports are likely to see their aeronautical tariffs more than double on an aggregated average, from current levels. This is because the airport regulations allow the airports to get a fixed regulated return on the capacity addition being done in the control period, charged through tariffs, said the report.

The remaining two-thirds is to provide a fixed return on the capacity addition done in the current tariff control period of five-years, it said.

Airports’ slow revenue recovery will impact their operating profits which at best will reach 65 per cent of their pre-pandemic levels in fiscal 2022. This is contingent upon timely and adequate grant of tariff hikes based on petitions filed with the regulator by the airports, CRISIL Ratings said.

Airports are regulated monopolies and will therefore see traffic recover eventually, but the pace of recovery remains uncertain and dependent upon the COVID-19 wave and recovery in the travel preferences of people, especially for cross-border journeys, it said.

“The tariff hikes will help aeronautical revenue bounce back next fiscal to 1.3 times of fiscal 2020. However, these form only half of the overall revenue of these airports. The other half – non-aeronautical revenue – remains sluggish due to slow pick-up in passenger footfalls despite some relaxation in people movement, and the low propensity of passengers to spend in the airport ecosystem at present. Consequently, overall revenue next fiscal will be lower than in fiscal 2020,” said Manish Gupta Senior Director, CRISIL Ratings.

Regulatory stance on timing and quantum of hikes will determine the stability of credit profiles, it said, adding this fiscal, their operating profits are expected to plunge 90 per cent because of a vertical drop in passenger traffic.

“Our estimates assume traffic may fully recover only by fiscal 2023, actual tariff hike on average be around 115 per cent of current levels and provided during the next 3-4 months for airports where filings have been made. A significant delay or lower-than-expected tariff hikes would weaken debt-servicing metrics and credit profiles,” said Ankit Hakhu, Director, CRISIL Ratings.

Most airports have built cash buffers through upfront borrowing or push down of debt maturities via refinancing, or surplus build-up from excesses from previous tariff control periods, according to the report. “We estimate that such liquidity buffers, including working capital lines, would be adequate for up to four quarters of debt servicing,” it said.

This, along-with airports’ regulated business model and operating exclusivity, support ratings inadequate and high-safety categories for most airports, CRISIL said, adding “that said, final decision by regulators on the quantum of hikes and timeliness remains a critical monitorable.”