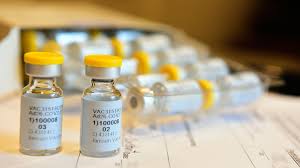 The Union government has not banned the export of any COVID-19 vaccine that has been granted restricted emergency use approval by the drug regulator, the Health Ministry said today, while urging the media to be on guard against the spread of such misinformation.

The Drugs Controller General of India (DCGI) had on Sunday approved Oxford COVID-19 vaccine Covishield, manufactured by the Serum Institute of India, and Bharat Biotech’s indigenously developed Covaxin for restricted emergency use in the country, paving the way for a massive inoculation drive.

Responding to a question during a press briefing today, Union Health Secretary Rajesh Bushan said, “The Union government has not banned the export of any one of the COVID-19 vaccines and this should be absolutely clear.”

“When I say Union government, it means there are three ministries – Ministry of Health, Ministry of Commerce, the Department for Promotion of Industry and Internal Trade with the Ministry of Commerce and Directorate General of Foreign Trade – which can initiate, in a hypothetical scenario, such an action.”

“But none of them has taken any such action. Therefore, our request to our media friends would be that we should be on guard when such misinformation is spread,” Mr Bhushan said.

The Union Health Secretary also highlighted two important points from a joint statement issued by the Serum Institute of India and Bharat Biotech.

Effective plan to be chalked out to curb COVID-19 transmission in MP: Shivraj Chouhan

DCGI approves emergency use of Russia’s Sputnik V; 3rd vaccine to get nod in India