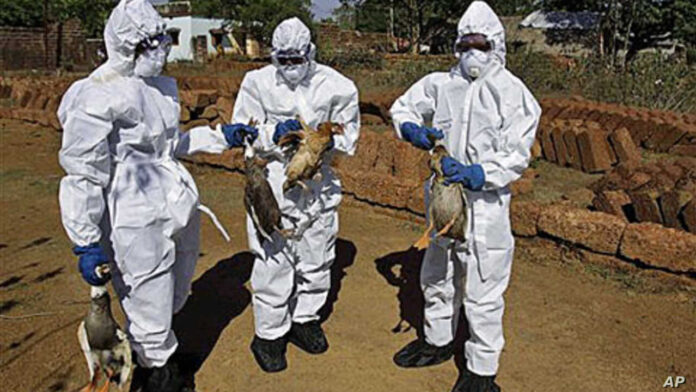 Across India, lakhs of birds have been found dead in the last 10 days. At least four states – Himachal Pradesh, Madhya Pradesh, Kerala and Rajasthan- have confirmed bird flu, sounding an alert as the authorities step up efforts to contain the spread. Karnataka and Tamil Nadu are also vigilant after 12,000 ducks died in the last few days in neighbouring Kerala. In the northern part of the country, Jammu and Kashmir and Haryana, close to Himachal Pradesh, have also started investigating samples amid the scare. Bird flu or avian flu viruses can infect domestic poultry and other bird and animal species. The central government has identified 12 epicentres in four affected states and has issued an advisory to the states.

In Kerala, around 24,000 birds, mostly ducks, were culled on Tuesday after the H5N8 strain of Avian Influenza was confirmed in parts of Alappuzha and Kottayam. Sale of poultry, and related products has been regulated only in the affected parts. H5N8 strain, according to officials, remains localised, and has not spread beyond the affected regions. Four epicentres have been identified by the centre in the southern state.

Control rooms and Quick Response Teams have also been set up in Alappuzha and Kottayam. “The decision on compensation to farmers is to be finalised after discussions with the Chief Minister,” Forest Minister K Raju said earlier this week. Tamil Nadu has set up 26 check posts – bordering Kerala – to monitor the transport of poultry and related products.

Four lakh poultry birds have died in Haryana’s Panchkula district alone in the last 10 days. The state, however, is yet to confirm the viral outbreak. A probe is on, authorities have said.

Himachal Pradesh became the fourth state on Tuesday after Kerala, Rajasthan and Madhya Pradesh to confirm the avian flu. Around 2,700 migratory birds, most of them bar-headed geese, were found dead. Kangra has been marked as an epicentre.

Slaughter, sale, purchase and export of any poultry birds, fish of any breed and their related products, including eggs, meat, chicken, have been banned in Himachal Pradesh’s Kangra district.

In Madhya Pradesh, Chief Minister Shivraj Singh Chouhan will hold an emergency meet today. Samples tested at the National Institute of High Security Animal Diseases (NIHSAD) confirmed the presence of the H5N8, the avian influenza causing virus, in some samples from Indore and Mandsaur; sudden death of more than 300 crows triggered a scare.

A control room has been established in Indore and action is being taken into the sudden deaths of crows by rapid response teams. The health department, which is already battling against the COVID-19 virus in Indore, has now begun door-to-door medical check-up of people living in areas where the crows have been found dead. Maharashtra, which shares border with Madhya Pradesh, has not yet reported any such cases.

In Rajasthan, birds in Jhalwar, Kota and Baran were found to be infected, state animal husbandry minister Lal Chand Kataria was quoted as saying by news agency PTI.

National parks and wildlife sanctuaries have been asked to take precautions. In a statement, Ministry of Fisheries, Animal Husbandry & Dairying said: “The measures suggested to the affected states to contain the disease and prevent further spread as per the Action Plan on Avian Influenza include strengthening the biosecurity of poultry farms, disinfection of affected areas, proper disposal of dead birds or carcasses, timely collection and submission of samples for confirmation and further surveillance, intensification of surveillance plan as well as the general guidelines for prevention of disease spread from affected birds to poultry and human.”

A control room has also been set up in Delhi by the Department of Animal Husbandry and Dairying “to keep watch on the situation and to take stock on daily basis of preventive and control measures undertaken by State authorities,” the statement read.