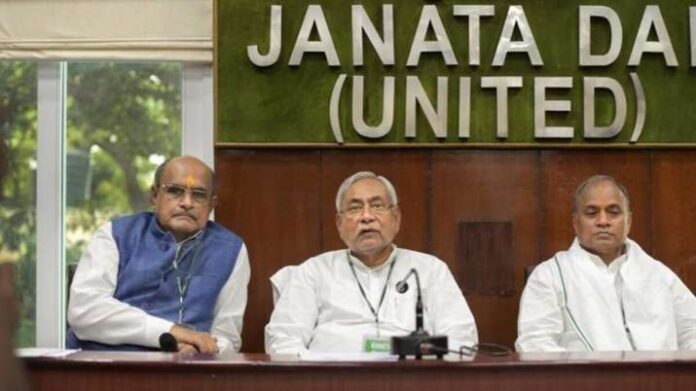 Ramchandra Prasad Singh, a member of the Rajya Sabha, has been chosen by Bihar Chief Minister Nitish Kumar to lead his party, the Janata Dal United. The decision was formally taken at the party’s national executive today but, sources say, Mr Kumar had communicated his wish to appoint him as the JDU chief to senior leaders a few days ago.

By handing over the party to his close confidante, Mr Kumar has made himself unavailable to ally BJP, whom he holds responsible for reducing his party’s seat tally to 43 by propping up Chirag Paswan’s LJP in the recently concluded Bihar assembly election, sources say. Mr Singh will look after the party’s affairs, including its dealings with the BJP.

The decision shows that all is not well in the ruling National Democratic Alliance in which the BJP has been playing the role of a dominant partner since the state polls.

RCP Singh, a former Indian Administrative Service officer of the Uttar Pradesh cadre, is known to be close to Nitish Kumar. He belongs to the same caste as the Chief Minister.

Mr Singh has been working with Mr Kumar for years. He was Mr Kumar’s personal secretary during his Railway Minister days. He became the principal secretary when Mr Kumar became the Chief Minister in 2005.