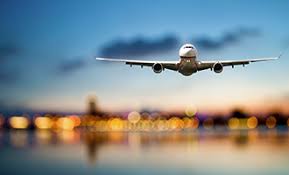 Vistara and Japan Airlines have inked a partnership that allows members of their frequent flyer programmes to earn and spend points on each other. A frequent flyer program (FFP) is a loyalty programme wherein a passenger earns points for travelling on an airline's flights, which can then be used to get rewards on the same airline or partner companies.
“The partnership enables Club Vistara members to earn and redeem CV points on flights operated and marketed by Japan Airlines,” Vistara said on Wednesday in a press release.
Vistara's FFP is called Club Vistara and Japan Airlines' FFP is called JAL Mileage Bank.
Members of JAL Mileage Bank will be able to earn and spend their miles on flights operated and marketed by Vistara, the release noted, adding the partnership came into effect from Monday. Now, Club Vistara members can earn and redeem points when travelling on partner airlines such as Singapore Airlines, Silk Air, United Airlines and Japan Airlines.
The aforementioned two airlines entered a code-share agreement in 2019. A code-share agreement allows an airline to sell seats of other airline's flights on its distribution network.
Vistara is yet to start flight operations between India and Japan.
Five days ago, the airline started services to London's Heathrow airport as part of the bilateral 'transport bubble' between India and the UK. It is also considering similar flights to Paris and Frankfurt.
Since July, India has signed separate bilateral air bubble pacts with countries like the US, the UK, the UAE, Germany and France. In an air bubble pact, airlines of both the countries can operate international passenger flights under certain restrictions. Scheduled international passenger flights continue to remain suspended in India since March 23 due to the coronavirus pandemic.