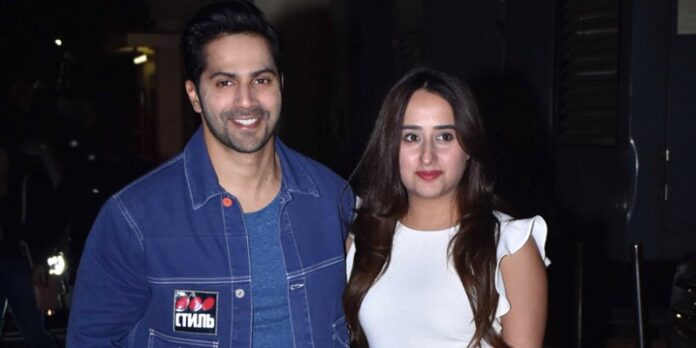 The Internet cannot stop obsessing over Varun Dhawan and Natasha Dalal’s strictly private wedding in Alibaug on Sunday. Varun and Natasha decided to max out security to minimize outside interference and photos being leaked. Among the measures in place to ensure privacy at Alibaug’s The Mansion House is a no-phone policy. According to several media reports doing the rounds on the Internet, phones of the staff members present at the venue have been sealed off with stickers, that would set off notifications if the stickers are removed. A Pinkvilla report stated that Natasha Dalal didn’t “want their photos to be leaked on social media and hence, the no-phone policy.” Needless to say that security has also been beefed up outside the wedding venue.

Varun Dhawan and Natasha Dalal chose Alibaug, some 120 kms away from Mumbai, keeping the pandemic-induced situation in mind. For those attending the wedding, the couple have reportedly made it mandatory to get COVID-19 tests done. A Pinkvilla report stated that guests had to submit the test results to the wedding planners. The venue was also equipped with disinfecting devices and stations with masks and sanitizers. Varun was diagnosed with COVID-19 in December – he has recovered since then.

The guest list of Varun and Natasha’s Alibaug wedding reportedly comprised some 40-50 guests, mostly family members. Celebrities such as Karan Johar, Kunal Kohli, Shashank Khaitan and Zoa Morani have been spotted arriving at the wedding venue in Alibaug. Varun and Natasha will reportedly host a grand wedding reception in Mumbai later.