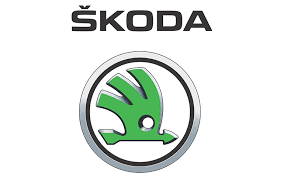 ŠKODA AUTO introduced the SLAVIA, its upcoming premium mid-size sedan under the India 2.0 project after the KUSHAQ, through an exciting new digital film, that celebrates the similarities that the two different cultures: Indian and Slavic showcase. The Czech marque’s naming film released on October 7 across the country, announcing the arrival of the SLAVIA later this year.

The new premium mid-size sedan for the A0 segment has been named paying homage to the legacy of ŠKODA AUTO. Starting in 1896, a year after the company was founded, Václav Laurin and Václav Klement successfully marketed their first, jointly developed bicycles under the SLAVIA name. The upcoming ŠKODA SLAVIA will once again set out to define a new era in the Indian market. The new sedan will complement the OCTAVIA and SUPERB sedans in India.

The naming film starts by acknowledging the differences between the Slavic and Indian terrains, languages, and culture. However, it goes on to underline the similar tonalities amidst the differences throughout, highlighting the fact that both cultures and people are a lot similar in their strong bonding with family, the love for art, devotion towards craft, the urge and tenacity to go after dreams, and the passion to conquer all odds. It underlines how both cultures have an eye for elegance, and excel in skills that blend technology with tradition, still assuring respect to their past and heritage.

The film then points how these similarities inspire SKODA AUTO which has a rich 125-year legacy that started with the first product by the Founding Fathers : Václav Laurin and Václav Klement. This was a bicycle that went by the same name : SLAVIA. It celebrates the evolving transformation of the brand from two wheelers to a renowned car manufacture. The name SLAVIA is also synonymous with glory and identifies the success of the brand across the world as a renowned carmaker.

Mr. Zac Hollis, Brand Director, ŠKODA AUTO India, says, “ŠKODA has a rich global legacy spanning more than 125 years. The SLAVIA name represents the beginning of a success story that has seen ŠKODA become one of the most renowned car makers. Rich in tradition, the SLAVIA name will now once again mark the start of a new era for the ŠKODA brand, in the Indian market. The SLAVIA will bring forth impeccable build quality, reliability and driving experience. We look forward to substantially growing our volumes in India and the SLAVIA will play a key role in delivering this objective.”

2021 is a year of expansion for ŠKODA AUTO in India. As part of the INDIA 2.0 project, Volkswagen Group has invested one billion euros in the development of four new vehicles (two ŠKODA and two Volkswagen models). Despite the COVID-19 pandemic, the new ŠKODA KUSHAQ has had a successful start, with over 10,000 bookings received since its launch in July.

Together, the KUSHAQ and the new SLAVIA are expected to boost sales in India considerably.

While developing the KUSHAQ and the SLAVIA for India, ŠKODA AUTO focused on the expectations of Indian customers, which are changing dynamically. At the same time, ŠKODA AUTO is investing in the ongoing expansion of its Indian dealer network. The Czech brand is currently represented in more than 100 cities, with 165 sales and service touchpoints. The goal is to increase the number of touchpoints to 225 by the end of 2022.