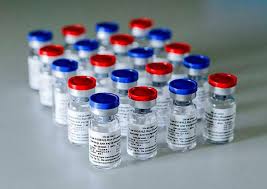 Moscow clinics last week began receiving supplies of the vaccine, which has been approved for use inside Russia even though the final Phase III tests, involving 40,000 people, began only last Wednesday.

According to a Moscow Times report, the country now plans to begin the first mass delivery of its coronavirus vaccine in September.

“First deliveries in large quantities will begin in September,” Health Minister, Mikhail Murashko, was quoted as saying by the state-run TASS news agency. The health minister said production was underway in parallel with post-registration monitoring of the vaccine’s effectiveness, reports Moscow Times.

A mass vaccination campaign will begin among Russian volunteers in October, a month after industrial production is expected to launch, according to the head of the national sovereign fund paying for the vaccination project.

From September, doctors and teachers will be among the first to be offered the vaccine on a voluntary basis, officials have said – an arrangement President Vladimir Putin supports.

Russia is the first country to license a COVID-19 vaccine, calling it “Sputnik V” in homage to the world's first satellite, launched by the Soviet Union. Western experts have warned against its use until all internationally-approved testing and regulatory steps have been taken. Moscow has dismissed such criticism as information war.