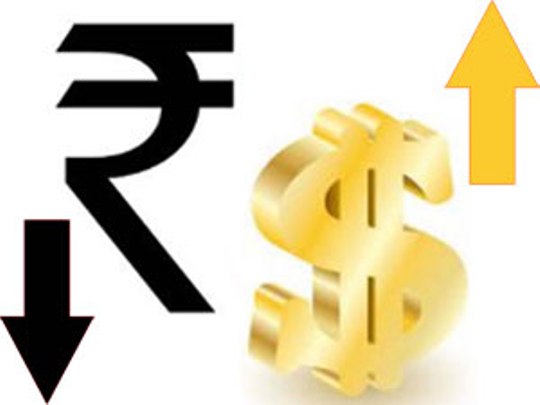 The rupee slid 5 paise to trade at 74.89 against the US dollar in opening deals on Monday due to rise in demand for the American currency from banks and importers. At the interbank forex market, the Indian currency started off on a tepid note and went on to trade in a narrow band of 74.91-74.88 per US dollar.
On Friday, the domestic currency had closed at 74.84 against the US dollar.
Meanwhile, the dollar index, which gauges the greenback's strength against a basket of six currencies, was down 0.04 per cent at 93.21.
Global crude oil benchmark Brent was trading 0.09 per cent lower at USD 44.89 per barrel. On the domestic equity market front, the BSE Sensex rose about 234 points to 38,669 in morning deals; and the NSE Nifty gained nearly 69 points to trade at 11,440.
Exchange data showed that overseas investors bought Rs 410.16 crore shares on a net basis on Friday.

Sensex, Nifty Gain For Third Session In A Row Led By IT Stocks