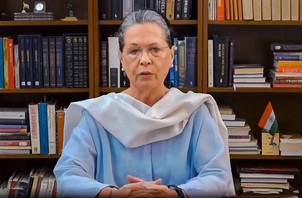 Having a “full time” leadership that is active in the field and “visible” in party offices, dissolution of powers to state units and revamping the CWC in line with the party constitution are some of the far-reaching suggestions made by 23 senior Congress leaders in a letter to party chief Sonia Gandhi to revive the organisation, according to PTI sources said on Sunday.

The leaders said that over-centralisation of the organisation and micro-management has always proven to be counter-productive, and that uncertainty over the leadership has “demoralised the Congress workers and further weakened the party”

They were also critical of the way the Congress Working Committee, the party's apex decision-making body, was being constituted and was functioning.

Highlighting the gravity of the challenges facing the party, they said that it was “imperative” to urgently establish an institutional leadership mechanism to collectively guide the party's revival

The letter talked about forming the CWC in accordance with the Congress' constitution as well as reconstitution of the central parliamentary board and the central election committee.

According to the party constitution, the CWC shall consist of the president of the party, its leader in Parliament, and 23 other members, of whom 12 will be elected by the All India Congress Committee and the rest shall be appointed by the party president

Elections to CWC have not taken since the 1990s and the Congress has been taking the ?consensus route' while choosing the CWC team

The details of the letter written around early August by the leaders, who include former Union ministers, ex-chief ministers, former and current parliamentarians and senior functionaries, have emerged just ahead of the CWC meeting during which the issues flagged are expected to be discussed and debated.

The leaders are also learnt to have said that the CWC is not “effectively guiding” the party anymore in mobilising public opinion against the BJP government. They said that its meetings were “episodic” and convened in reaction to political developments, according to the sources.

They said that the party has witnessed a steady decline reflected in successive electoral verdicts in 2014 and 2019, noting that the reasons were manifold.

The letter stated that even after 14 months of the 2019 verdict, the Congress party has not undertaken “honest introspection” to analyse the reasons for its continued decline

The letter, according to the sources, also disapproved of the introduction of elections in the cadre feeding organisations, NSUI and IYC, saying the move had created “conflict and division”.

The letter did not refer to Rahul Gandhi, but elections to the feeder organisations were his reform initiatives

In the letter, the leaders are learnt to have also said that uncertainty over the leadership and the drift, has “demoralised the Congress workers and further weakened the party”

Giving a host of suggestions to revitalise the party and give party workers a “sense of purpose”, they said there is a need for a “full time and effective leadership active in the field and visible and available at the AICC and PCC headquarters”.

The leaders said in the letter that over-centralisation of the organisation and micro-management has always proven to be counter-productive.

The top leaders are also learnt to have called for urgent constitution of the central parliamentary board for collective thinking and decision making on organisational matters, policies and programmes

The group of Congress leaders said the party must take the initiative for creating a national coalition of democratic and secular forces and make an effort to bring on one platform leaders of political parties, who were once part of the Congress