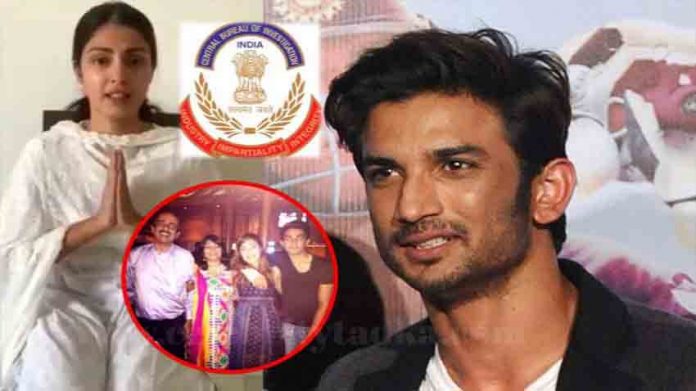 Sushant Singh Rajput's death case, the Central Bureau of Investigation (CBI) has decided to summon Rhea Chakraborty's parents and will summon Rhea again on a different date. Rhea was earlier summoned for the fifth time on Tuesday. Additionally, Rhea's lawyer Satish Maneshinde has clarified that the actor has not been summoned by Enforcement Directorate (ED) on Tuesday for her statement either.

On Friday Rhea was summoned for the first time by the CBI and was grilled for around ten hours. On Saturday, she has summoned again and was asked to carry all documents pertaining to her bank accounts, transaction details and property papers. Rhea was also asked to carry the doctor's prescription as a proof of the drugs and medicines that she allegedly administered to Sushant Singh Rajput. Along with this Rhea was asked to carry all the consultation/appointment acknowledgments of the therapy sessions that she had booked between Sushant and the therapist who diagnosed. For the third time, Rhea was questioned over her financial details, deletion of hard drive data, and statements of other accused at the DRDO guesthouse by the CBI for over 10 hours.

According to sources, the CBI on Sunday questioned Rhea about her claims that Sushant suffered from 'mental illness.' She was also asked about her Europe trip in 2019 with Sushant, and about her claims that he had 'break down' at a hotel in Italy. The accused was asked about the doctor's visits, prescriptions and medicines that SSR allegedly had, and why she let him have drugs and other narcotics, if that was the case, when he was under medication, as the combination could have lethal consequences.