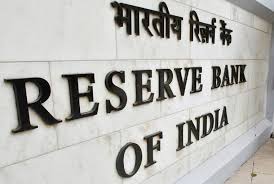 The Reserve Bank of India (RBI) on Wednesday formed a working group to look at digital lending in the country, including lending through online platforms and mobile applications, it said in a statement.

The “Working Group” being set up by RBI will “study all aspects of digital lending activities” in both regulated and unregulated financial sectors, the banking regulator said. The group will comprise both internal and external members.

At least 10 Indian lending apps on Google’s Play Store breached Google rules on loan repayment lengths aimed at protecting vulnerable borrowers, according to a Reuters review of such services and more than a dozen users.

Four apps were taken down from the Play Store – where the vast majority of Indians download phone apps – after Reuters flagged to Google that they were violating its ban on offering personal loans requiring full repayment in 60 days or less. One of those apps, StuCred, was allowed back on the Google Play store on January 7 after it removed the offer of a 30-day loan. It denied engaging in any unscrupulous practices. The other three apps are 10MinuteLoan, Ex-Money, and Extra Mudra.

In December, RBI had issued a public notice about lending apps, warning some engaged in “unscrupulous activities,” such as charging excessive interest rates and fees, but no direct action has been taken so far.