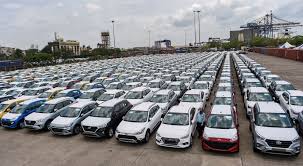 The Indian auto industry registered nearly 34 per cent decline in passenger vehicle sales in the first half (H1) of the financial year 2020-21, according to the data shared by automotive insights and analytics provider, JATO Dynamics India. The industry, as a whole, sold over 8,78,000 passenger vehicles between April and September 2020, a decline of 33.6 per cent, as against the same period last year. Based on vehicle body types, in H1 FY2021, hatchbacks were at the top, accounting to 39.9 per cent of total sales, followed by SUVs at 33.3 per cent, MPVs at 12 per cent, sedans at 11.2 per cent and micro cars at 6.5 per cent.