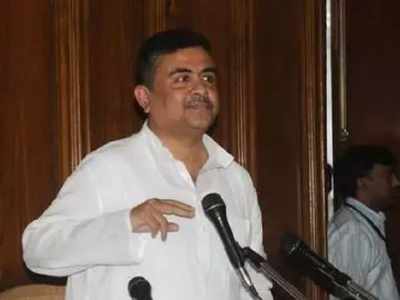 Trinamool Congress (TMC) leader and former minister Madan Mitra on Saturday said that the party will host a “grand gala” to express gratitude to “traitors” whose departure has ensured the party is “free of virus.”

Mr Mitra’s remarks were made today after the former minister in Mamata Banerjee’s cabinet, Suvendu Adhikari joined the Bharatiya Janata Party in the presence of Union Home Minister and BJP leader Amit Shah at a rally in Midnapore. Shah is in on a two-day visit to West Bengal ahead of State Assembly elections in 2021.

In his address at the induction ceremony, Mr Adhikari said “When I was ill with Covid-19, the TMC for whom I had worked for 21 years and sacrificed so much never came to my assistance and never valued my work whereas Amit Shah and the other BJP leaders have given me love and affection.”

Mr Adhikari also wrote an open letter to TMC members in which he alleged “extremely deep rot and malaise” within the party. He urged them to join hands and start a new beginning. The letter stated, “Our fight is to restore West Bengal to its glory.”

Speaking to ANI, Madan Mitra slammed Mr Adhikari for his remarks and asked if the party had nothing for him for the past 10 years why had Mr Adhikari not raised his voice in the party and had choosen to remain silent?