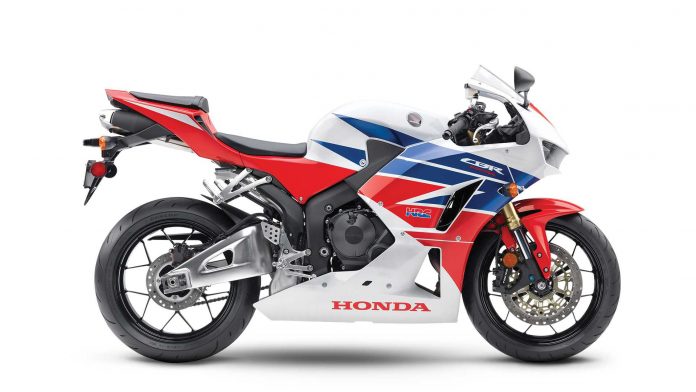 Honda is limbering up to globally launch it's all-new Honda CBR600RR on August 21. The middleweight supersport CBR600RR will make a return with the price ranging around Rs 11 lakh to Rs 12 lakh (ex-showroom). It is first likely to be launched in Japan and will go after the International market later.

It will be cruising the roads with a powerful 599cc in-line four-cylinder DOHC liquid-cooled motor as revealed by Honda. With revving upto 15,000 RPM and power of 120-130PS, Honda CBR600RR is expected to have profusion of IMU-based electronics package with traction control and ride-by-wire along with multiple riding modes and more.

The company has released a teaser video and a few images which reveal the new TFT display on CBR600RR which may be smartphone compatible too. The new CBR also is seems to feature enhanced suspension unit to complement the potential of machine. Docked in is massive dual 320mm discs in front with a disc with a single-piston caliper at the rear.

The styling elements and overall sleek design of new CBR600RR seems to resemble the same design of bigger-engined Honda CBR1000RR-R Fireblade. Bike features angular LED headlamps and a ram-air intake in between. Honda also retains its under seat exhaust design at the rear.

With the rider and pillion seat seem to be reasonably roomy too, Honda CBR600RR gears to head on compete with the Kawasaki Ninja ZX-6R and the Yamaha YZF-R6.

Politics Ravindra Soni - October 30, 2020 0
Kamal Nath is no longer a "star campaigner" in Madhya Pradesh by-polls, the Election Commission ordered today after a series of controversial...