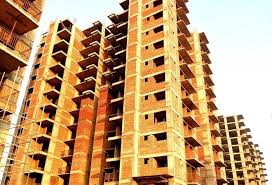 Before the pandemic, Mayank Vora, 34, and his wife were struggling to afford a one-bedroom apartment in one of Asia’s costliest cities. Now they are the proud owners of a two-bedroom home in a high-end residential complex on the outskirts of Mumbai they bought for ₹ 1.09 crore ($150,000).

“What was unaffordable a few years back is now our dream come true,” Mr Vora said. “Everything fell into our budget this time.”

They’re not the only one jumping in. Home sales in the city, India’s commercial capital, jumped to an eight year high in October, according to data from Knight Frank.

It’s an abrupt turnaround for a market that’s spent three years in the doldrums after a prolonged shadow banking crisis strangled access to credit. At the end of June, prices in Mumbai were 0.45 per cent lower than the same quarter in 2018, according to data from the central bank.

India isn’t alone in seeing a resurgence in property despite the grim economic backdrop – the likes of New Zealand and the U.K. have also seen prices jump. Rather than worrying about the prospects of a bubble though, in India authorities are grateful for the rebound.

With millions out of work, a resurgence in house sales and corresponding increase in building could boost output everywhere from banks to builders to consumer goods factories. Construction creates the most jobs in India each year.