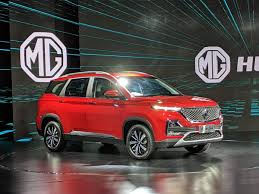 MG Motor India had received 80,000 cumulative bookings for the Hector SUVs, Gloster and ZS EV in 2020. According to a report from ETAuto, the British marquee is now ramping up the capacity for its SUVs to meet the rising demand. The Chinese carmaker managed to achieve these numbers despite the impact of the COVID-19 pandemic situation and disrupted supply chain. The Gloster flagship SUV has recorded around 3,500 bookings in less than three months since its launch in the Indian market.

The report also mentioned that the carmaker manufactured around 30,000 to 31,000 vehicles in 2020 at its Halol plant. However, the facility is capable of producing 80,000 units annually. Last year, MG Motor sold 28,162 units compared to 15,930 units in 2019 recording a growth of 77 per cent. The growth was majorly driven by the Hector SUV contributing over 92 per cent growth at 25,935 units. Notably, the Hector was the only SUV in the segment to record 63 per cent growth when the overall space saw a decline of around 10 per cent.

Gaurav Gupta, COO, MG Motor India, to ETAuto, “In December itself we got 5,000 bookings for Hector and 200 for ZS EV. There is really a lot of work to be done at our end. We have to run our factory for longer hours and make our supply chain more efficient and faster. This is how we have entered 2021.”