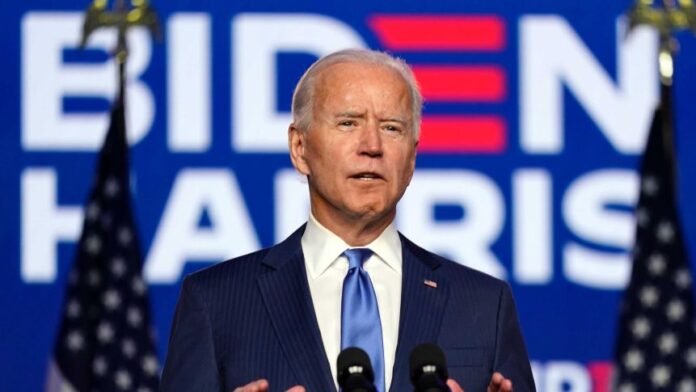 US President-elect Joe Biden has said he will introduce an immigration legislation “immediately” after taking office, reversing the Trump administration’s policies.

Biden will taken the oath of office on January 20.

“I will introduce an immigration bill immediately and have it sent to the appropriate committees to begin movement,” he told reporters in Wilmington, Delaware on Friday.

Biden was responding to a question on what his administration would do first after his inauguration on January 20.

He had also previously promised an immigration overhaul within 100 days of taking office.

Reversing the Trump administration’s “cruel” immigration policies was Biden”s one of the key election promises.

Restricting immigration has been a focus of the Trump administration since its first days when it issued the travel ban on seven Muslim-majority countries, and it has continued into Trump”s final year in office as the White House uses the coronavirus pandemic as cover.

The Trump government hardened the immigration rules on those allowed to seek asylum in the US and advocated a merit-based immigration system to protect US workers. His administration also tried ending the Deferred Action for Childhood Arrivals (DACA) in 2017, but the Supreme Court blocked its attempt in June 2019.

Biden said he will also countermand the Trump administration’s orders on environmental issues.

“I will in fact, countermand the executive orders that the president has in fact initiated that are contrary to, what I think, is either his authority and/or even if it is his authority, contrary to the interest of the United States on environmental issues and a whole range of other things,” he said.

READ  "You Didn't Count So No One Died?" Rahul Gandhi Taunts PM Over Migrants

Rupee Vs Dollar: Rupee Settles 13 Paise Lower At 73.05 Against US Dollar

Currencies Ravindra Soni - January 28, 2021 0
The rupee depreciated by 13 paise to settle at 73.05 (provisional) against the US dollar on Thursday, tracking muted domestic equities and a strengthening...