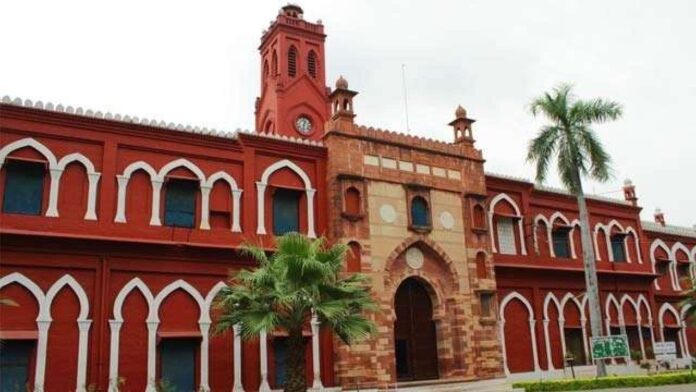 Prime Minister Narendra Modi today said the nation is on a path where everyone, irrespective of religion, can be assured of their constitutional rights and their future and where no community is left behind.

Addressing Aligarh Muslim University on its centenary celebrations, PM Modi also said his government’s schemes for the poor were reaching all sections “without any religious bias” and asserted that when it came to the nation’s progress and development, it was important to set aside ideological differences.

“The country is heading towards a path where all citizens get the benefits of development without any bias. We are heading to a path where no one is left behind because of religion and everyone is able to fulfill their dreams,” said the Prime Minister.

“Whatever religion we are born in, it is important to see how to blend our aspirations with national goals. There can be ideological divides in society but when it comes to the nation’s development, everything else is secondary. When it comes to the nation, there is no question of ideological differences. It is logical for me to say this here because AMU produced many freedom fighters – they had their ideological differences but they set that aside for freedom. Like freedom united them, we have to work on common ground for ‘Naya Bharat’.”

The country’s progress should not be seen through a political prism, PM Modi stressed. “Yes, when we come together for this goal, some elements will feed negativity. But when our thoughts are focused on a new India foremost, then such elements will have diminished space. Politics and society can wait but the country’s development cannot wait. In the last century, a lot of time has been lost over differences. There is no more time to lose.”