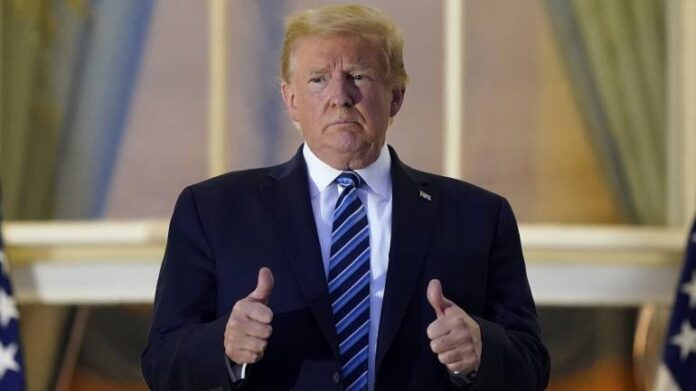 President Donald Trump rallied hundreds of cheering supporters for a campaign-style comeback event at the White House Saturday, jumping back into the race nine days after being stopped in his tracks by Covid-19.

“I am feeling great!” Trump declared as he stepped out to a White House balcony — tugging off his mask to address the crowd below, most of them masked under their red “MAGA” hats, but with little social distancing.

“Get out and vote — and I love you,” Trump told the gathering, who chanted back “USA” and “Four more years” throughout the address lasting just under 20 minutes.

Badly trailing his 77-year-old Democratic rival Joe Biden in the polls less than four weeks from Election Day, Trump has been counting the days until he can hit the ground again.

Biden has slammed as “reckless” Trump’s determination to rally huge crowds during a pandemic — but Trump has brushed the concerns aside, insisting America has the upper hand against the virus despite a death toll of 213,000 and rising.

“I want you to know our nation is going to defeat this terrible China virus,” Trump said.

“It’s going to disappear. It is disappearing.”

“We are producing powerful therapies and drugs, and we are healing the sick and we are going to recover, and the vaccine is coming out very quickly, in record time as you know.”