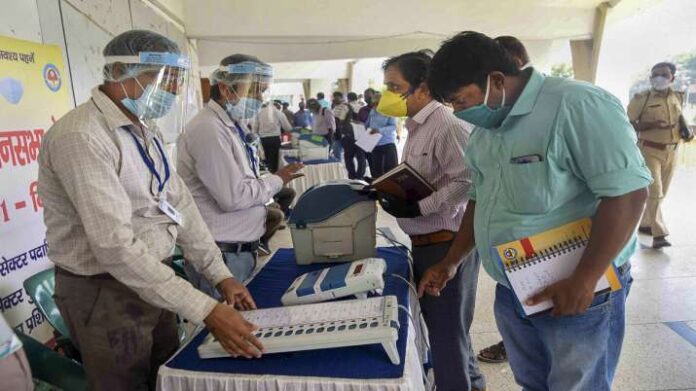 Against the backdrop of some leaders questioning the reliability of EVMs, the Election Commission (EC) asserted on Tuesday that the machines are “absolutely robust and tamper-free”.

After the ruling NDA took a lead over the opposition Grand Alliance in the poll trends for Bihar on Tuesday, Congress leader Udit Raj raised questions on the reliability of EVMs, asking why the machines cannot be hacked if satellites can be controlled from the earth.

“This has always been my view. I stand by it. There have been doubters of the EVM from across political parties, particularly when the results don’t go in their favour. Till now no one has demonstrated scientifically their claims. Whatever be the outcome of any election, it’s time to stop blaming the EVM. In my experience, the EVM system is robust, accurate and dependable,” he tweeted.

Responding to a question on doubts being raised by some politicians, Deputy Election Commissioner in-charge of EVMs Sudip Jain told reporters here that the machines are absolutely robust and tamper-proof.

“It has been clarified time and again that EVMs are absolutely robust and tamper-proof. Even the Supreme Court has upheld their integrity more than once,” he said.

Mr Jain recalled that in 2017, the commission had offered an “EVM challenge” to political parties.