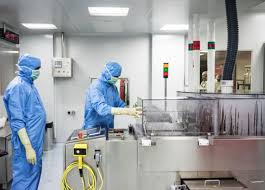 The Union Health Ministry has said it does not agree with the ₹ 80,000 crore figure cited by Adar Poonawalla, CEO of Serum Institute of India – the world’s largest manufacturer of vaccines by volume and which is conducting trials of Covid vaccine candidates ahead of mass production – for buying and distributing the vaccine in the country. The Ministry also claimed that it has sufficient funds for the vaccine.

While addressing the media on Tuesday, Union Health Secretary Rajesh Bhushan was asked for a response about Mr Poonawalla’s tweet highlighting challenges in vaccine production and distribution in the country. On September 26, Mr Poonawalla had tweeted, “Quick question; will the government of India have 80,000 crores available, over the next one year? Because that’s what @MoHFW_INDIA needs, to buy and distribute the vaccine to everyone in India. This is the next concerning challenge we need to tackle”. He had also tagged the Prime Minister’s Office’s official Twitter handle in his tweet.

The Health Secretary responded, “The person who tweeted it also clarified the next day. As far as we are concerned, we do not agree with the calculation of ₹ 80,000 crore. The government has made a National Expert Group on Vaccine Administration and they have held five meetings so far. In these meetings, we have mulled over the process of COVID-19 vaccine distribution and the amount required for it in terms of prioritisation of population and the staggered immunisation for this prioritisation. In the meetings, we have calculated the amount required and currently, that amount is available with the government.”

After Mr Poonawalla had questioned the government’s vaccine funds, Ashwani Mahajan, the national co-convener of Swadeshi Jagaran Manch which is affiliated with the Rashtriya Swayamsevak Sangh (RSS), had tweeted that Mr Poonawalla could be “forced to produce vaccine free from exploitative royalty”.

On Twitter he had posted saying, “May it be known to you @adarpoonawalla that India’s Patent Act has a section on Compulsory Licensing and we can force you and your peers to produce vaccine free from exploitative royalty.”

Soon after that, Mr Poonawalla tweeted praising the Prime Minister Narendra Modi for his speech at the United Nations General Assembly, on COVID-19 vaccines and all the government’s “arrangements”.

He tweeted saying, “We share and applaud your vision @narendramodi ji, on providing vaccines to the global community. It is a proud moment for India, thank you for your leadership and support. It is clear that all your arrangements for India will take care of all needs for the Indian people.”

PM Modi had said on Saturday in his virtual address to the UNGA that India can help in bringing the world out of the coronavirus crisis with mass vaccine distribution once all trials are completed successfully.

Covishield – the vaccine developed by the University of Oxford and pharma giant AstraZeneca and being tested by the SII in India – is currently in Phase 2 and Phase 3 human trials.