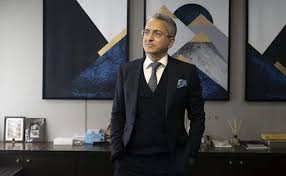 Almost three decades ago, Sunil Vachani borrowed $35,000 so he could start making 14-inch television sets in a rented shed outside New Delhi. It was an unconventional choice given India, though renowned for software and services, had long lagged behind in manufacturing.

Today, Vachani’s startup has grown into a sprawling electronics empire. His Dixon Technologies boasts a market value of more than $2.5 billion and the capacity to produce about 50 million smartphones this year. It’s an early indicator of the country’s opportunities — and challenges — in building a sophisticated manufacturing sector, a top priority for Prime Minister Narendra Modi.

While Vachani, 52, struggled in his early days, his company’s shares have surged 824 per cent since a 2017 initial public offering. Sales and profits have boomed with domestic demand for smartphones, along with India’s ambitious plans to develop its own local industry.

“This is only a start,” Vachani said in a telephone interview. “We are bringing about a mindset change that global manufacturing can happen in India.”

The founder and his siblings are now in the league of India’s billionaire families. Mr Vachani, who controls a one-third stake worth about $900 million, just bought one of the more extravagant homes in the country — a $20 million mansion in New Delhi’s tony Lutyens neighborhood.