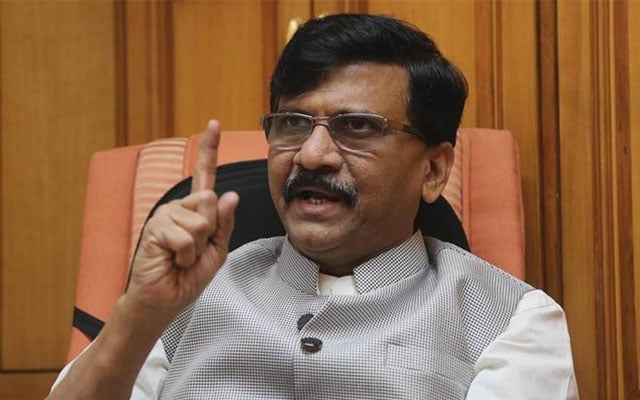 Two days after Maharashtra Congress chief Balasaheb Thorat said his party would strongly oppose any proposal that seeks to rename Aurangabad as Sambhajinagar, the Shiv Sena on Saturday said its resistance will not affect the three-party MVA government in the state.

Shiv Sena leader Sanjay Raut expressed confidence that the issue would be resolved when all the Maha Vikas Aghadi (MVA) allies- Sena, NCP and Congress- sit together and talk.

On Thursday, Mr Thorat had asserted that the Congress would oppose any proposal to rename Aurangabad, saying that changing the names of places was not part of the Common Minimum Programme (CMP) of the three ruling parties.

It was the Shiv Sena, which had first made the demand to rename Aurangabad as Sambhajinagar over two decades ago.

A proposal to that effect had been passed in the general body meeting of the Aurangabad Municipal Corporation (AMC) in June 1995, which was challenged by a Congress corporator in the high court and later in the Supreme Court.

In its party mouthpiece ”Saamana”, the Sena said, “The Congress has opposed the proposal of renaming Aurangabad to Sambhajinagar. It has made the BJP happy. But the Congress’s opposition to the proposal is not new and therefore, linking it to the MVA government is foolishness.”

“Even if the name has not been changed in the government records, Shiv Sena chief late Balasaheb Thackeray had renamed Aurangabad as Sambhajinagar when there was Congress’s chief minister in the state. The people had also accepted it,” it said.

“But some people feel that the issue of renaming Aurangabad will create friction within the ruling alliance,” the Sena said in a veiled attack on the BJP.

“Thorat announced that if any proposal for renaming Aurangabad comes up before the MVA government, his party would oppose it. It is his claim. After his statement, BJP leaders started demanding that the Sena should make its stand clear on the issue. But the Sena has not changed its stance on it.”

“Balasaheb Thackeray had renamed Aurangabad as Sambhajinagar 30 years ago, which was accepted by the people. And it will soon be changed officially as well,” it said.

The Uddhav Thackeray-led party said BJP leader Chandrakant Patil asked that if Allahabad’s name can be changed to Prayagraj, Faizabad’s to Ayodhya, why can’t

Aurangabad’s name be changed to Sambhajinagar.