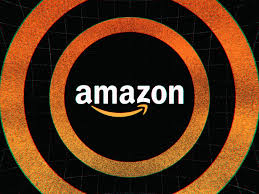 Amazon.com Inc on Thursday forecast a jump in holiday sales – and costs related to COVID-19 – as consumers continued to shop more online during the pandemic.

A company executive added that heightened spending on delivery infrastructure would likely continue over years, and shares fell 2 per cent in after-hours trading.

Since the start of the virus outbreak in the United States eight months ago, consumers have turned increasingly to Amazon for delivery of groceries, home goods and medical supplies. Brick-and-mortar shops closed their doors; Amazon by contrast moved to recruit over 400,000 workers and earned $6.3 billion in the just-ended quarter, its second consecutive record profit.

That has kept the world’s largest online retailer at the center of workplace and political tumult. Democratic politicians this month accused Amazon of holding “monopoly power” over merchants on its platform, which the company disputes. Meanwhile, more than 19,000 of Amazon’s U.S. employees contracted COVID-19, and some staff protested for site closures.

Amazon’s response now includes an estimated $4 billion in costs related to COVID-19 this holiday, up from $2.5 billion last quarter. It is testing employees for the virus and getting protective gear for new hires. It also is working less productively because of social distancing at its warehouses, which accounts for a big part of its pandemic expense, Chief Financial Officer Brian Olsavsky said on a call with reporters.

Amazon forecast operating profit to be between $1.0 billion and $4.5 billion, short of $5.8 billion analysts were looking for, according to research firm FactSet.

Competition this holiday remains fierce for the company in retail – and in the cloud. A traditional bright spot, cloud computing division Amazon Web Services (AWS) is dueling with smaller rival Microsoft Corp for business with a big potential during the pandemic, from remote work to cloud-based gaming.

In the just-ended third quarter, AWS sales grew 29 per cent, while Microsoft reported a 48 per cent rise in revenue for its Azure cloud.