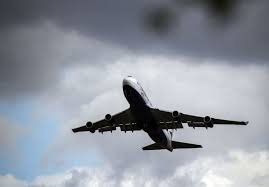 Airline stocks extended losses for the second consectuve day after the government announced suspension of all flights from the UK to the country until the end of the year following the discovery of a new strain of COVID-19, which is said to be 70 per cent more transmissible than fhe existing virus. India joins a growing list of countries, including Ireland, Germany, France, Italy, the Netherlands and Belgium, that have announced travel to the UK as the world heads into Christmas and New Year holidays.

“This suspension to start from 22nd December 2020. Consequently, flights from India to the UK shall stand temporarily suspended during the above said period,” the Ministry of Civil Aviation said in a statement on Twitter on December 21. Passengers arriving from the UK in all transit flights (flights that have taken off or flights which are reaching India before December 22 at 23.59 hrs) would be subjected to mandatory RT-PCR test on arrival at the airports concerned, the Ministry added.