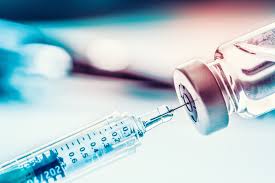 New recruitment for the Phase 2 and Phase 3 trials of the Oxford University's Covishield vaccine being manufactured in India by the Serum Institute of India, along with pharma major AstraZeneca, has to be suspended till further orders, country's drug controller DCGI has said.

The Drugs Controller General Of India (DCGI) has also directed the Serum Institute of India (SII) to increase the safety monitoring of the subjects who have already been vaccinated as part of the trial and submit the plan and report.

On Thursday, the Serum Institute, headed by Adar Poonawalla, said it would pause Phase 3 trials that were to begin in India next week after AstraZeneca stopped vaccine trials across four nations as a precautionary measure. The pausing of trials by the pharma giant was linked to a UK volunteer showing potentially adverse symptoms.

“We are reviewing the situation and pausing India trials till AstraZeneca restarts the trials,” read a statement from the Serum Institute, which was still doing the groundwork for the trial including listing volunteers.

The Phase 2 of the human trials of the vaccine started in Maharashtra's Pune on August 27. It is not clear, however, how many volunteers received the dosage. The Phase 3 of the trials was set to begin next week with 1,600 volunteers across 17 different sites.

A show-cause notice was sent to the Serum Institute on Wednesday by the DGCI which questioned why it was continuing the trials in India though it has been stopped elsewhere. The DCGI also questioned why it has not received a report detailing the symptoms of the patient in the UK.

The drug firm, replying to the notice, said there have been no safety issues so far. “India's Data Safety Monitoring Board (DSMB) has noted no safety concerns from the first dose and seven days post-vaccination safety data,” the SII said in its reply.

The DSMB “recommended pausing further enrollment into the study until ongoing investigations of the issues reported in the UK study is completed and UK's Data Safety Monitoring Board is satisfied that it doesn't pose any safety concerns,” the Serum Institute further said in its reply.

After examining the reply, the DGCI ordered suspension of new recruitment for Phase 2 and Phase 3 human trials until further orders. The drug regulator had granted the permission for the trials on August 2.

The World Health Organization's (WHO) chief scientist on Thursday said AstraZeneca's pause of an experimental vaccine for the coronavirus after the illness of a participant is a “wake-up call”. A

“This is a wake-up call to recognise that there are ups and downs in clinical development and that we have to be prepared,” Soumya Swaminathan told a virtual briefing from Geneva, news agency Reuters reported.

Real Estate Akhil Gore - March 8, 2021 0
Gurugram has always been one of the major contributors to NCR's growth in the real estate sector, and Sohna Road is a perfect example...

Featured Akhil Gore - March 8, 2021 0
Xavier School of Management, in its endeavour to Powering Women of the Nation, is setting up the Centre for Gender Equality and Inclusive Leadership at Delhi-NCR Campus to make a...

Entertainment BFN's Desk - March 8, 2021 0
Aquatic shows have become an order of the day in planning for events, whether for individuals or a crowd for parties, gatherings, and festivities....

XLRI sets up a Centre for Gender Equality and Inclusive Leadership...